Jonathan Woods is TIME’s senior multimedia editor, responsible for leading the photo and video teams on TIME.com. Since joining TIME in 2012, Woods has played a key role in developing exclusive, groundbreaking story packages, including “Timelapse,” “Top of America” and “Deep Dive.”

“Timelapse,” a collaboration with Google, turned 30 years of satellite images into an interactive video on the global effects of urbanization and climate change. The 11-month project was viewed by more than 3 million people.

In 2013, Woods photographed the only 360-degree panorama from the top of One World Trade Center, the tallest building in the western hemisphere. The image was part of a TIME package on rebuilding at the site devastated by the 9/11 attacks. The package included a TIME cover story, a documentary film and a microsite.

For “Deep Dive,” published in July 2014, Woods filmed ocean explorer Fabien Cousteau during his record-breaking 31 days of living underwater, producing the only 360° video of his ocean habitat and a multiplatform TIME story.

Before scuba diving and climbing skyscrapers for TIME, Woods spent three years with NBCnews.com as a multimedia producer and six as a photojournalist for newspapers around the U.S., including the The Gazette in Iowa and Denver’s Rocky Mountain News. 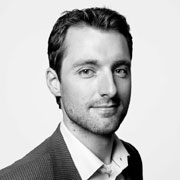