Tom Weber is assistant managing editor of TIME, responsible for features both in print and online.

Before joining TIME, Weber was managing editor at Newsweek and The Daily Beast, in charge of day-to-day operations at the magazine, overseeing the editorial lineup and ensuring print/digital integration.

Prior to that, Weber spent more than a decade at The Wall Street Journal as a writer, editor and bureau chief. He joined the paper as a staff reporter in 1995 and went on to become its first Internet columnist, penning his weekly report, E-World, for the Journal’s Marketplace page. The Journal named Weber a special writer in 1999 and a senior special writer in 2000. As an editor, he founded and launched the Journal’s Saturday weekend section in 2005. Weber later served as editor of the award-winning SmartMoney.com, where he expanded the site’s content and introduced new features, including e-books and social-networking elements.

As an editor at Worth magazine in the early ’90s, Weber oversaw its first electronic edition on AOL. He began his career as a local-news reporter at the Daily Item in Clinton, Mass., before joining the Dow Jones News Service in 1991, where he covered technology and the fledgling world of online services.

A native of Michigan, he graduated from Princeton University in 1989 with an A.B. in politics. In 2010 he was a Ferris Professor of Journalism at Princeton, where he developed and taught a course entitled the Digital Journalist. He also serves as a trustee of the Daily Princetonian. Weber lives with his wife and two daughters in New York City. 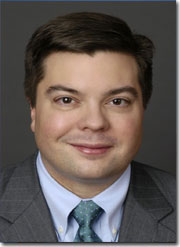