Mark Thompson is a deputy bureau chief for TIME’s Washington bureau, and he also moderates TIME’s Battleland blog. He is a Pulitizer Prize–winning reporter who has covered national-security issues for TIME since 1994. He has written (or co-written) cover stories on suicide in the military, the growing gap between the U.S. military and civilian society, the failed attempt to bring down Flight 253 over Detroit on Christmas Day, 2009, the Army’s use of prescription drugs, and the Marines’ V-22 tilt-rotor aircraft, among others.

From 1986 to 1994, Thompson covered the military for Knight-Ridder Newspapers. Previously, he covered defense in the Washington bureau of the Fort Worth Star-Telegram. While there, he won the 1985 Pulitzer Prize for Public Service for his series of articles on a helicopter design flaw allowed to fester for more than a decade and blamed for killing 250 U.S. servicemen.

He graduated from Boston University’s School of Public Communication in 1975 and lives with his wife Diane just outside the Beltway in suburban Maryland, where they are occasionally visited by their two sons. 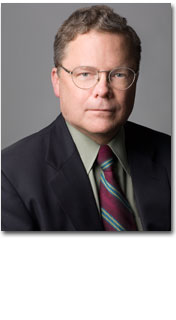