Katy Steinmetz is a reporter for TIME and TIME.com. Steinmetz joined TIME in February 2010 and is based in the Washington bureau. In addition to producing news features, she writes for TIME.com’s Swampland, NewsFeed and Healthland blogs. She contributes to photography and film projects and pens a weekly column on language: Wednesday Words. Steinmetz is also the impresario for columnist Joe Klein’s annual political road trips.

Steinmetz has previously contributed work to the Guardian, Businessweek and the Columbia Missourian. Hailing from Missouri, Steinmetz is a graduate of Columbia University, where she majored in English. She was a teacher at an English boarding school before returning to the U.S. to do her graduate work at the University of Missouri School of Journalism. 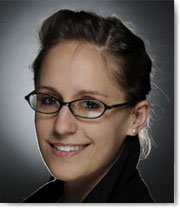