Joel Stein is a regular contributor to TIME and writes the weekly Awesome Column.

Stein has been writing for TIME in various roles since 1997, including stints as a columnist and essayist, focusing on topics such as sports, popular culture and humor. His 1998 TIME cover story on Michael Jordan headed up the best-selling issue of TIME that year. Recently, he oversaw TIME’s redesign of the Briefing section. His “Guess Who Came to Dinner?” profile of George Clooney won a New York Press Club Award in the Entertainment News category.

Stein has made numerous appearances on VH1, E! and Comedy Central, in addition to writing for sitcoms. He has also taught a class at Princeton.

Before coming to TIME in 1997, Stein worked as a writer and fact checker at Martha Stewart Living, as sports editor at Time Out New York and as a researcher for TV Guide. His book Man Made: A Stupid Quest for Masculinity published in May 2012.

Stein received a B.A. and an M.A. in English from Stanford University. He lives in Los Angeles. 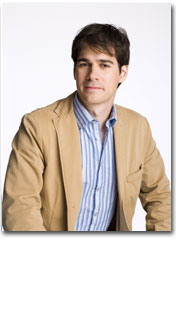