Michael Scherer has been TIME’s Washington Bureau Chief since 2013, overseeing political coverage in the magazine and online. He is also the author of 20 TIME magazine cover stories, including the 2012 and 2016 Persons of the Year.

He joined TIME in December 2007 as a campaign reporter covering Republicans during the 2008 election. He was named White House correspondent in January 2009, traveling around the world with President Obama. He won the National Press Club’s Lee Walczak Award for Political Excellence for his articles on the 2012 Obama reelection effort, and the 2014 New York Press Club Award for Political Coverage. He served as a member of the board of the White House Correspondents’ Association from 2010 to 2013.

Scherer is a graduate of the Columbia University Graduate School of Journalism and the University of California at Santa Cruz. 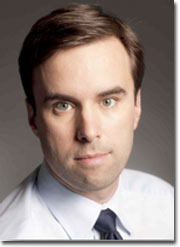