Poniewozik, who joined TIME in July 1999, has written in-depth stories on subjects as varied as the reality TV craze, the fallout from Don Imus’ firing, the impact of The Sopranos on the TV landscape and the television indecency wars. He has explored issues including the media’s influence on politics (and vice-versa), the “Ipod-ization” of American culture and the demise of mainstream media. He also writes widely on books, movies, comic books, the news media and general popular culture trends.

Poniewozik was the media columnist at Salon.com from 1997 to 1999, covering subjects including advertising, Internet radio, TV shelter shows, and the cultural significance of eBay and Antiques Roadshow.

Prior to Salon, he worked for several years in publishing in New York and has contributed to such publications as Fortune, Rolling Stone, New York, the New York Times Book Review, Suck.com and Talk.

A native of Monroe, Mich., Poniewozik graduated with a B.A. in English from the University of Michigan and attended the graduate program in fiction writing at New York University.

He currently resides in Brooklyn, N.Y. He is on Twitter @poniewozik. 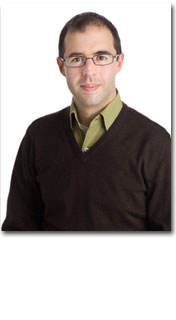