Kira Pollack is the Director of Photography at TIME where she oversees the photographic vision of TIME, TIME.com and all digital media. In October 2011, she was named the photo editor of the year at the Lucie Awards.

Since Pollack joined TIME in October 2009, the brand’s photography has been recognized with many prestigious awards including the World Press photo of the Year, and the Visa D’Or award at Visa Pour l’Image. In March 2011, she established TIME’s photography site LightBox, which is dedicated to the culture of images and provides a forum for conversation on photography. Pollack also spearheaded TIME’s Emmy-nominated Beyond 9/11 project, which included 40 portraits coupled with oral histories, a special commemorative issue, microsite, documentary in association with HBO and gallery exhibition.

Previously, Pollack was the deputy photo editor for the New York Times Magazine. During her 11-year tenure, she produced the Oscars Portfolio from 2004-2009 and Obama’s People in 2009 under Kathy Ryan. She was also the photo editor of Play, the Times’ sports magazine. Pollack lives in the financial district in New York City. 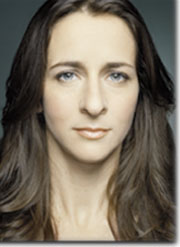