D.W. Pine is the Design Director at TIME, where he is responsible for the cover design and look of one of the world’s most recognizable magazines. Pine also oversees TIME’s design and editorial direction on the iPad.

In his current role, Pine directs TIME’s annual Person of the Year, the TIME 100 cover packages, and oversees the design of each weekly issue. He has designed several TIME book projects, including Obama’s inauguration, a tribute to Ted Kennedy and Starting Over by Andy Serwer. He also directed and contributed to the The Final Four of Everything by Mark Reiter and Richard Sandomir.

Pine has been at TIME since 1998 and served nine of those years as the magazine’s Deputy Art Director.

Prior to TIME, Pine was the Features Design Director at the Atlanta Journal-Constitution from 1992 to 1998. He was also the Design Coordinator for the AJC’s coverage of the 1996 Atlanta Olympic Games.

Pine was a sportswriter at the Atlanta Journal-Constitution from 1987 to 1992,
writing more than 1,100 stories. He covered the PGA tour, wrote a weekly golf column and traveled for two years as a college basketball beat writer. In making the transition from writing to design, Pine spent nine months working as a sportswriter half of the week and designer the other half.

Prior to AJC, Pine was the editor-in-chief, news editor and sports editor of the Georgia State Signal, his university’s 100-page weekly newspaper.

He lives in Glen Ridge, NJ with wife, Jennifer, and two kids — Haleigh (8) and JD (5) — both of whom can draw much better than he can! 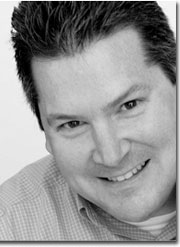