Alice Park is a staff writer at TIME. Since 1993, she has reported on the frontiers of health and medicine in articles covering issues such as AIDS, cancer and Alzheimer’s.

Several times a year, Park and the rest of TIME’s science staff prepare in-depth special reports on health. Topics have included mental health, the genetic revolution, innovative drug design and preventive medicine. Some reports, like those on obesity and the power of the genome, were conceived along with TIME-sponsored health summits that gathered leading researchers, physicians and policymakers to discuss the most effective ways of translating research findings into practical health solutions.

In 1996, Park reported the Man of the Year package on AIDS researcher Dr. David Ho. She also spent a week at Duke University Medical Center in 1998 for the magazine’s special issue on “A Week in the Life of a Hospital.” In addition to her science- and health-focused writing, Park contributes to the magazine’s Olympics coverage. She has written about figure skating at the Winter Games since 1998 and played a central role in TIME’s reporting of the judging scandal in Salt Lake City. In Athens in 2004, Park covered gymnastics and swimming for TIME and wrote the cover story on American swimmer Michael Phelps, and she covered those sports again in 2008. Park’s work has been recognized with awards of excellence from the National Arthritis Foundation as well as the National Headache Foundation. In 2010, Park was named a Kyoto Prize Journalism Fellow.

Additionally, Park has received two CASE media fellowships—the first in 2000, for a stint at Harvard Medical School, where she designed a program focused on the latest understanding of AIDS, and the second in 2003, to work at UCLA’s medical school, where she researched the growing number of clinical applications of genomic research. She has appeared on CNN, Good Morning America, BBC America and MSNBC. Park has also hosted and served on numerous panels exploring the role of the media in reporting medical news. 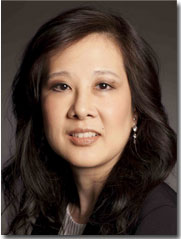