Jay Newton-Small is a Washington correspondent for TIME. She writes on foreign policy and the State Department. She has also covered politics, including the White House, Congress and past presidential campaigns. She contributes regularly to TIME’s Swampland and Global Spin blogs.

Newton-Small received an M.S. in journalism from Columbia University and a B.S. in international relations from Tufts University. The daughter of two U.N. diplomats, she grew up abroad, living in such places as Asia, Africa and Europe. She is fluent in French. 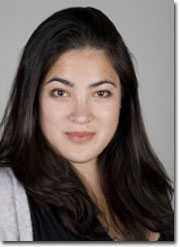