Harry McCracken is an editor-at-large for TIME. He covers personal technology for the magazine and for TIME.com.

Prior to joining TIME, he was the founder and editor of Technologizer, an award-winning independent blog that is now part of TIME.com. He also spent 14 years at PC World, the world’s largest computing publication, serving as editor in chief of the magazine and website from 2004 to 2008.

McCracken is a winner of American Business Media’s Timothy White Award. He was honored as one of min’s 21 Most Intriguing People and was on Folio’s Folio 40 list of media movers and shakers. TechRepublic said he was the No. 1 techie to follow on Twitter, and Kiplinger Personal Finance named him as the best tech-gadget guru.

A graduate of Boston University, McCracken lives in the San Francisco Bay Area with his wife Marie. 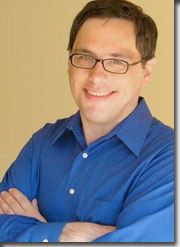