Catherine Mayer is TIME’s Europe editor. She oversees the Europe, Middle East and Africa editions and is responsible for expanding and developing TIME’s international coverage across all platforms while working with TIME’s business side to seek out new opportunities for growth. She continues to write for all editions of TIME.

In her previous position as TIME’s London bureau chief, she received an award for Story of the Year at the 2010 FPA Media Awards for her coverage of British Prime Minister David Cameron’s first official visit to the U.S. In 2011 she was shortlisted for the Orwell Prize for Political Journalism and for Political Commentator of the Year in the Comment Awards. She was also ranked 29th out of Total Politics’ top 100 political journalists.

Mayer joined TIME as a senior editor in 2004 after a lengthy stint as a correspondent for Focus magazine, Germany’s leading newsweekly. She was president of the Foreign Press Association in London from June 2003 to June 2005.

She began her career at The Economist and has worked as deputy editor for both Business Traveller magazine and International Management.

Her book Amortality: The Pleasures and Perils of Living Agelessly was published by Vermilion, an imprint of Random House, in 2011.

Mayer was born in the U.S. and holds dual U.S. and British citizenship. 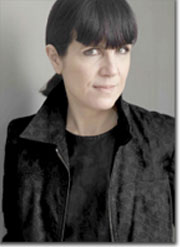