Belinda Luscombe, an editor-at-large of TIME, writes about cultural trends and social sciences for the magazine and conducts the weekly 10 Questions in the issue. She is also a featured writer on TIME.com’s Healthland site. From 2003 to ’08, Luscombe served as TIME’s arts editor, a role in which she directed all of TIME’s cultural coverage and wrote profiles and culture stories.

Luscombe was awarded the Council on Contemporary Families 2011 Media Award for Print Coverage of Family Issues for her Nov. 29, 2010, cover story “Who Needs Marriage? A Changing Institution.”

As editor-at-large, her areas of interest range from divorce, marriage and parenting to social networking, mate selection, workplace issues and romantic comedies. She was also the editor of the first U.S. issue of TIME Style & Design (February 2003).

Named a senior editor in 1999, she edited the magazine’s front-of-book section, as well as lifestyle and arts stories. She joined TIME as a staff writer in March 1995 as the magazine’s people columnist. Prior to that, from 1992 to ’95, she worked at FYI, the company’s widely read in-house magazine, as a writer and editor.

Born in Sydney, Luscombe holds a B.A. in English literature (Hons.) and a Dip.Ed. from the University of Sydney. 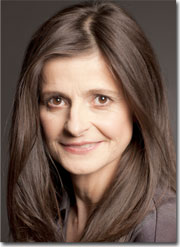