Jeffrey Kluger, oversees TIME’s science, health and technology reporting. He joined TIME as a contributor in 1996 and was named a senior editor in 2007. He has written or co-written nearly 40 cover stories for the magazine and regularly contributes articles and commentary on science and health stories. His most recent cover stories include reports on the Mars rover, parental favoritism, animal intelligence, the Fukushima disaster and organic foods.

For their 2001 global-warming cover package, Kluger and two colleagues won first place in the Overseas Press Club of America’s Whitman Bassow Award for best reporting in any medium on international environmental issues.

Kluger is the co-author, with astronaut Jim Lovell, of Lost Moon: The Perilous Voyage of Apollo 13, which was the basis of the Apollo 13 movie released in 1995. He is also the sole author of seven other books, including the recently published The Sibling Effect: What the Bonds Among Brothers and Sisters Reveal About Us; the 2008 Hyperion release Simplexity: Why Simple Things Become Complex (and Why Complex Things Can Be Made Simple); and 2005’s Splendid Solution: Jonas Salk and the Conquest of Polio. His two novels, Nacky Patcher and the Curse of the Dry-Land Boats and Freedom Stone, were published by Philomel Books in 2007 and 2011.

Before joining TIME, Kluger was a staff writer for Discover magazine, where he wrote the Light Elements humor column, and he was also an editor for Family Circle and Science Digest.

Kluger, who is also an attorney, has taught science journalism at New York University. 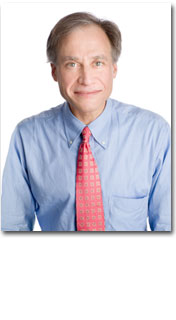