Previously, Hartman was worldwide publisher of FORTUNE, FORTUNE.com, MONEY and CNNMoney.com, all of which he continues to oversee. Under his leadership, FORTUNE was named No. 6 on the 2012 Advertising Age A-list. He has expanded FORTUNE’s booming conference business by bringing in record sponsorship dollars and played a major role in taking CNNMoney international and launching its mobile products. He was also the driving force behind FORTUNE’s new iPad app, the first newsstand app to seamlessly integrate print and digital content, which has consistently been at the top of the Business and Investing category since its recent launch.

Prior to joining Time Inc., Hartman served as publisher of The Week and TheWeek.com from November 2007 to April 2010. Under his leadership, The Week was one of only a few media properties to achieve extraordinary advertising growth in 2009 and was included in both the Advertising Age A-list and the Mediaweek Hot List that year. Hartman also oversaw sales and marketing for both the launch and relaunch of TheWeek.com and led the site to profitability in its first year.

Before his time at The Week, Hartman spent nine years at Time Inc. He began as an account manager for FORTUNE and was promoted to sales director for the FORTUNE/MONEY group in 2001, where he managed the New York sales team until 2007.

Hartman earned a B.A. in government, with a double minor in art and music, at St. Lawrence University. He lives with his wife and daughter in Greenwich, CT. 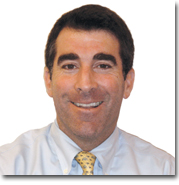