Lev Grossman, a senior writer for TIME, covers arts, media and technology and is also TIME’s book critic. Additionally, he oversees TIME’s Inventions of the Year package and 10 Ideas That Are Changing the World issue. He joined TIME in 1997 and was named a senior writer in 2008.

Grossman has written numerous TIME cover stories, including the profile of Mark Zuckerberg for TIME’s 2010 Person of the Year issue and TIME’s 2006 Person of the Year cover story, “You.” He has written profiles of dozens of major authors, including Jonathan Franzen, Philip Roth, Joan Didion, Tom Wolfe, Stephanie Meyer and J.K. Rowling. He has also profiled the world’s leading technologists, including Steve Jobs, Bill Gates and Ray Kurzweil. Grossman was the first journalist to play an Xbox 360 and a Nintendo Wii and the first to make a call on Apple’s iPhone. The New York Times has called Grossman “one of this country’s smartest and most reliable critics.”

Grossman has appeared on Charlie Rose and NPR, and his writing has appeared in the New York Times,the Wall Street Journal, the Village Voice, Lingua Franca, Time Out New York, Entertainment Weekly, US Weekly, the Week and the Believer, as well as on Salon.com and elsewhere. He is also the author of the novel Codex (Harcourt, 2005) and the New York Times best-selling novels The Magicians (Viking, 2009) and The Magician King (Viking, 2011).

Grossman won a Headline Award for feature writing in 2011, a Deadline Club award in the arts-reporting category in 2006 and, in 2003, the Public Relations Society of America’s Award for Excellence in Technology Journalism. 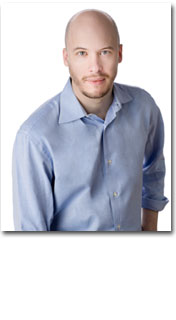