Nancy Gibbs is the Editor of TIME, which has 50 million readers worldwide. She oversees the domestic, international and tablet editions of the magazine, TIME.com, TIME mobile and TIME for Kids. Gibbs was named TIME’s 17th managing editor on September 17, 2013. She is the first woman to hold the position.

Gibbs has a long history at TIME, serving most recently as deputy managing editor, where she oversaw TIME’s transition to a fully digital newsroom and led a working group to develop the framework for TIME.com’s mobile-based relaunch this fall.

Gibbs is one of the most published writers in the history of TIME, having been an essayist and lead writer on virtually every major news event of the past two decades, including four presidential campaigns and the September 11 attacks.

She is the co-author, along with TIME’s Michael Duffy, of two best-selling presidential histories: “The President’s Club: Inside the World’s Most Exclusive Fraternity” (2012), which spent 30 weeks on the New York Times Bestseller list, and “The Preacher and the Presidents: Billy Graham in the White House” (2007). She has written more cover stories for TIME than any other writer in its history and won the National Magazine Award for her cover story of TIME’s black-bordered September 11, 2001 special issue.

She joined TIME as a fact checker in 1985 and worked as a writer and editor before holding senior management positions. She has twice served as the Ferris Professor at Princeton, where she taught a seminar on politics and the press.

She lives in Westchester County, New York, with her husband, and they have two daughters. 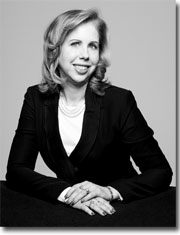