Rana Foroohar is an assistant editor for TIME, overseeing business and economic coverage in print and online.  She also writes TIME’s Curious Capitalist column. Her most recent cover story was “The Wimpy Recovery,” which she co-wrote with Bill Saporito.

Previously, Foroohar served as the deputy editor in charge of international business and economics coverage for Newsweek. She also spent six years as Newsweek’s European economic correspondent based in London, covering Europe and the Middle East. During this time, she was awarded the German Marshall Fund’s Peter R. Weitz Prize for transatlantic reporting. She has also worked as a general editor at Newsweek, a reporter for Forbes magazine and as a writer and editor at various other national and international publications.

Foroohar graduated in 1992 from Barnard College, Columbia University, with a B.A. in English literature. She is a life member of the Council on Foreign Relations. 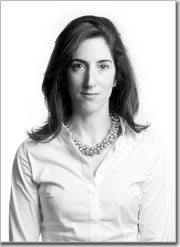