Duffy joined TIME in 1985 as a Pentagon correspondent. He covered Congress, moved on to the White House for six years, and has served as Washington Bureau Chief, Nation Editor and Executive Editor.

He has written more than 50 TIME cover stories and won the Gerald R. Ford Award for reporting both on the White House (1994) and defense and national security (2005). With a team from TIME, he has shared in the Joan Shorenstein Barone Prize for Investigative Journalism awarded by the Kennedy School of Government in 1997.

He is the co-author, along with TIME Managing Editor Nancy Gibbs, of two best-selling presidential histories: “The President’s Club: Inside the World’s Most Exclusive Fraternity” (2012), which spent 30 weeks on the New York Times Bestseller list, and “The Preacher and the Presidents: Billy Graham in the White House” (2007).

Duffy has been a Ferris Professor of Journalism at Princeton University and has appeared regularly on PBS’s Washington Week in Review for the past 15 years. Prior to joining TIME, he was a staff writer at Defense Week. 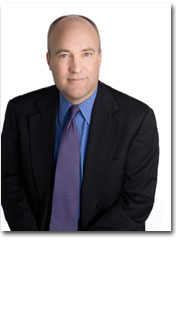