Massimo Calabresi is a senior correspondent for TIME and has covered domestic and foreign policy for the magazine for more than two decades. He has held a variety of positions since joining TIME in 1994, including Bureau Chief for Central Europe and the Balkans, Diplomatic Correspondent and White House Correspondent. He was named Deputy Washington Bureau Chief in 2013.

As National Security Correspondent from 1999 to 2001, Calabresi wrote on intelligence, terrorism and international affairs. He was part of the reporting team that covered the terrorist attacks of September 11, 2001, for which TIME won won a National Magazine Award for single-issue coverage. That year, he became TIME’s Diplomatic Correspondent, writing and reporting cover stories on Condoleezza Rice, Colin Powell, intelligence reform and diplomacy. Shifting to political reporting in 2005, Calabresi became TIME’s Congressional correspondent and covered the lobbying scandals surrounding Jack Abramoff and the 2006 Democratic electoral victories. As White House correspondent from 2007 to 2009, he covered George W. Bush’s Iraq surge, the U.S. Attorney scandal, the economic crisis and the 2008 Presidential campaign. After leaving the White House beat, Calabresi became the Washington bureau’s lead investigative reporter. He has written dozens of feature length and cover stories on domestic and international issues, including the Iran nuclear deal, the Food and Drug Administration’s handling of the opioid epidemic, the FBI’s investigation of Hillary Clinton’s private e-mail server, and the prosecution of insider trading on Wall Street. In 2013, he was named Senior Correspondent.

Prior to his tenure for TIME in Washington, D.C., Calabresi was bureau chief for Central Europe and the Balkans from 1995 to 1999, where he covered the wars in Bosnia, Croatia and Kosovo. He led the reporting team that won a citation of excellence from the Overseas Press Club and other awards for reporting on the mass graves of Srebrenica, the ethnic cleansing of Kosovo and other stories.

Calabresi began his journalistic career in Moscow in August 1991, reporting on the attempted coup against Soviet leader Mikhail Gorbachev and the fall of the Soviet Union as a freelance correspondent for National Review.

A 1989 graduate of Yale University, Calabresi lives in Washington, D.C., with his wife, Margaret Emery, and their son. 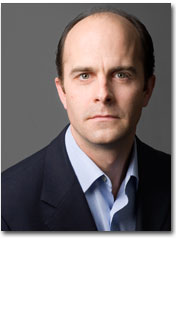