Hannah Beech is TIME’s East Asia Bureau Chief and China Bureau Chief. She covers politics, conflicts, culture, diplomacy and other regional issues from a base in Beijing. Beech joined TIME in 1997 as a reporter in Hong Kong. In 2000 she moved to Beijing as a correspondent and later relocated to Shanghai to serve as Shanghai Bureau Chief. She became the Bangkok-based Southeast Asia Bureau Chief in 2006 and returned to China in 2010. One of the few international journalists to report widely from Burma, she also has spent more than a decade documenting the tremendous rise of China and other Asian economies.

During her tenure at TIME, Beech has reported across Asia, from Afghanistan and Papua New Guinea to East Timor and Tajikistan. She has won numerous reporting honors, including the Amnesty Human Rights Press Award, the Henry Luce Award and multiple Society of Publishers in Asia prizes. In 2011, she was named the Journalist of the Year by the Society of Publishers in Asia. Beech, who is half-Japanese and half-American, speaks Japanese, Mandarin and French. 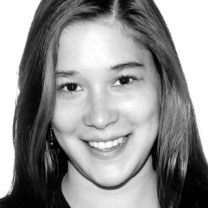