Aryn Baker is the Africa bureau chief for TIME, a role in which she covers politics, society, religion and the Arab uprisings across the region. She also covers both Pakistan and Afghanistan, for which she was correspondent and then bureau chief from 2006 to 2010.

Previously, Baker was an associate editor of TIME Asia, based in Hong Kong. In August 2010, Baker’s story about Bibi Aisha, a young Afghan woman whose nose had been cut off on Taliban orders, ignited a national and international discussion about women’s rights, the Taliban and whether or not U.S. troops should stay in the country.

As a correspondent, Baker has covered several major international stories for TIME, most recently on the uprisings that have convulsed the Arab world, from Egypt to Bahrain, Libya, Saudi Arabia, Yemen and Syria. In Pakistan she has written about the U.S. raid that netted Osama bin Laden, along with the deteriorating political and social situation there. In Afghanistan, she has written about the nation’s disappearing archaeological heritage, the battle for the Korengal Valley, how international development money is funding the insurgency and how the U.S. has failed to deliver on its promises in the country.

Before moving to Asia for TIME, Baker worked as a freelance journalist in print and radio while earning her M.A. in journalism at the University of California, Berkeley. Prior to that, she worked as a pastry chef in Paris.

Baker was a fellow of the International Reporting Project at the Johns Hopkins School of Advanced International Studies in 2005. She has received numerous awards for her reporting. 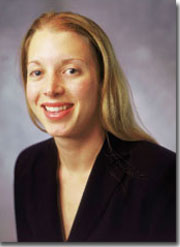