Alex Altman is a Washington correspondent for TIME, covering politics for the magazine and TIME.com. He writes features, political analysis and candidate profiles. He files dispatches from the campaign trail and contributes regularly to TIME’s Swampland.

Altman joined TIME in 2007 as an intern at the magazine’s London bureau. After working as a New York–based stringer, in April 2008 he became a writer for TIME’s Briefing section, for which he later became an editor. He was named a correspondent in January 2010.

A native of New York City, Altman has a B.A. from Colgate University and an M.S. from Northwestern University’s Medill School of Journalism. 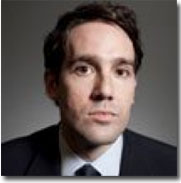